What is Slippage Cost (Price Slippage)?

Hey it’s Sasha Evdakov and welcome to backstageincome.com where I share with you how money is made behind the scenes as well as growing your business.

First off, what is slippage cost? Slippage cost is often referred to in the stock market, but it can be applied to other areas or contexts in life.

Often times, in the stock market, slippage cost is referred to the price that you lose when doing a transaction.

For example if you have a certain price that you’re looking to get filled in the stock, or to purchase a stock versus the price that you actually pay for that stock, that difference is the slippage cost that happens.

It’s basically the difference between where you’re looking to get filled and where you actually got filled. That’s slippage cost in term of the market.

If we apply this into regular life and let’s just say you’re at the flea market, and you’re looking to purchase an air freshener such as this one.

This air freshener at the flea market may go for two or three dollars, let’s just say you go and you start negotiating things and you might actually negotiate down to $1.50 or $1.75.

The slippage cost for the merchant or the business owner of that flea market store, they took a little bit of a hit, and that was a $0.25 to maybe $1 hit on that transaction.

That can also be referred to as slippage cost, because it costs you money to do the transaction if you’re the business owner.

On the other hand, if you’re the consumer or customer buying this, you actually came out ahead when doing the purchase.

One thing that most people don’t understand when it comes to using money is that there’s a lot of slippage cost associated to just the fact of using money.

For example let’s say you’re a camera enthusiast, and you want to get a new shiny camera. And let’s just say you currently have this camera around and what you want to do is sell this one and then take that money and go ahead and put it towards a new camera.

The first way is actually listing that camera is going to cost you in terms of transaction cost.

If you’re listing it on eBay or if you’re accepting money, you’re probably going to take a hit.

After you sell it, you probably have to do transaction cost, like with eBay, with PayPal. Whatever it is, depending on the method that you sell it.

If you sell it through cash, like with craigslist, you may not have those kinds of cost, but you may have additional cost, such as meeting with people or looking at the cameras, presenting it, selling it to them, scheduling things.

And then you actually have to spend your time and energy to figure out how to use that new camera, so there’s all those other additional costs that are actually associated with it, beyond just purchasing the camera, and most people don’t understand that, or don’t think about those things.

As you can see how using money actually costs you money. So if you were to go ahead and do the same transaction time and time again, you’d actually continue to get a negative balance, because you’re constantly using money and your funds would continue to drain.

Save your time and energy

It’s for this reason why some of the famous business owners and people like Steve jobs, typically wear the same thing day in and day out, because if you walk into your closet and you see 25 different color shirts, you see 25 different varieties, the same thing with pants, socks, shoes, you start to get overwhelmed, you have to think about it and make processes and decisions. It’s actually costing you tie and energy.

This means packing for your next vacation is going to be quite easy, because if you’re gone for five days, you just take 5 shirts, 5 shorts, and maybe 5 pairs of socks and go on, on your trip.

It just allows you to use that additional time for other things and it’s one of the same reason why I don’t upgrade my technology or certain components that I use on a day to day basis for multiple years.

But for me it’s perfectly fine and ok using this cellphone, because it works, the reception is there, and if I was to go ahead and sell it, it would cost me not only my time, but also financially, and then getting the new one I would also have to spend a lot of time and energy figuring that out, how to use it, how to get a protective case and there’s a lot of additional costs associated with that.

Rather than doing that and spending all those costs on this phone, I’d rather shoot a video like this one or do something else more productive.

In the end remember, that using money, costs you money, and the more transactions that you’re doing, you have to start looking things underneath.

Slippage cost really refers to the transaction cost that’s lost, but if you go deeper, remember that it’s costing you time and your energy, so if you’re running around for multiple days figuring out which phone to buy, it’s actually costing you a great deal of time.

Time that you could be using to spend and write a book, which in fact this book I wrote I just under two days. 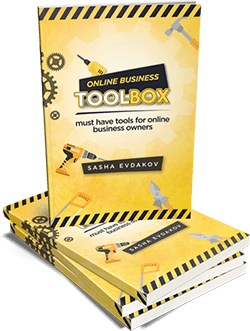